Fish Eat Fish 3 is a simulator of a fish life challenging you to survive in a severe underwater environment evolving from a small helpless fish into a furious predator. To do that, you must stay on the move and eat everything that is smaller that you. The hunting process is easy to figure out, but rather tough to get the hang of. By clicking on the left mouse button your fish opens and closes the mouth. Moreover, the shutting happens instantly, but the opening can be quite slow; It depends on the type of fish. The thing is to shut the mouth just when the prey is right opposite it and at a strictly defined distance. At first, you might find it difficult to catch any of the fish, because it will be dodging your grip and trying to avoid certain death in any way.

When you grow up to a decent size and come to chase some kind of small fry, occasionally clicking your jaws a millimeter behind its tail, you involuntarily begin to feel like a genuine underwater monster from some kind of cartoon. They are depicted there in this way. And again, no artificiality. This is the feeling of “cartoon character” – and the cartoon character is not in graphics, as usual, but in the gameplay – so much that your numerous blunders don’t irritate you, but amuse you.

However, at some point the inevitable comes. You learn the same in the game, successfully dodging large predators and starting to grow uncontrollably. Catching you is getting harder. But to you, on the contrary, the hunt is getting easier and easier. As you approach the tenth level, you have to periodically remove the camera from your fish – because the fish begins to block out too much space on the screen. Somehow imperceptibly, your agility is fading away, stateliness arises in the movements. You still continuously want to eat, but you are no longer chasing after trifles. Not out of neglect, but simply it becomes difficult to grasp. Small fish are nimble and can easily evade your jaws.

But then the real horror begins. No need to bite anyone. It is enough to keep pressing the right button like you used to do earlier swallowing slices of prey – but now you will be swallowing other fish as a whole. By the end, even a flock of tiger sharks becomes for you something of a whale plankton – in one motion you just suck them all in yourself. There is no logical conclusion to the game. You can grow as big as you can. Start playing Fish Eat Fish 3 on our site and see how far you can get! 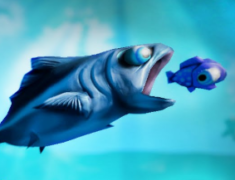 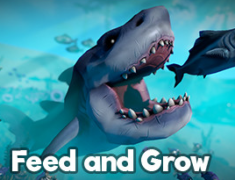 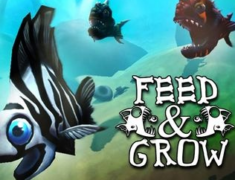